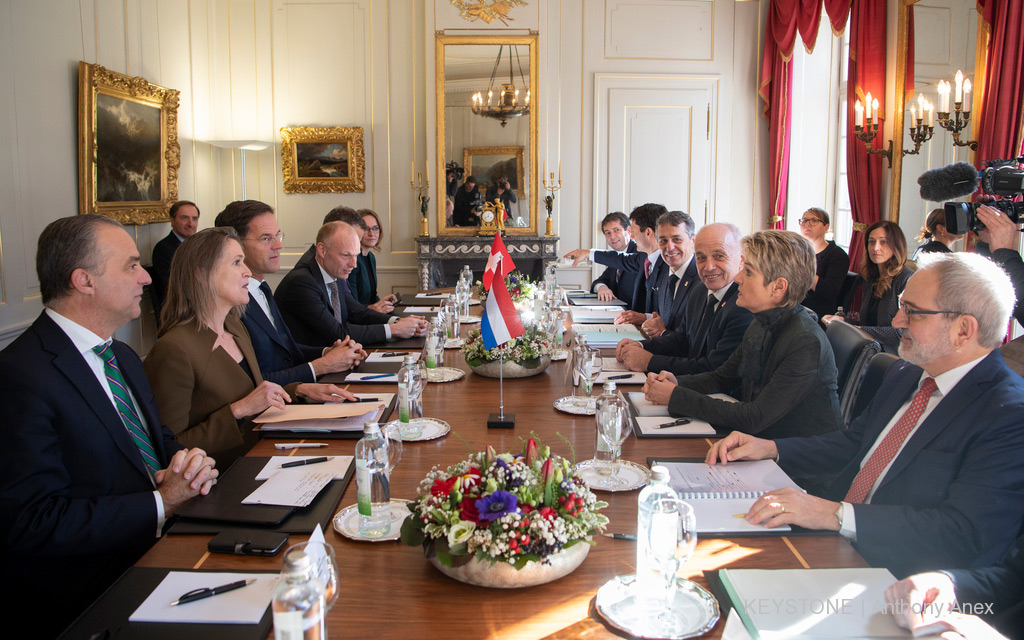 Switzerland was represented at the talks by President Maurer and federal councillors Ignazio Cassis and Karin Keller-Sutter. Both sides acknowledged the broad and intensive bilateral relations that exist between the two countries. Cooperation is close in areas such as education, research and innovation. The Netherlands is one of Switzerland’s most important countries for inward and outward flows of foreign direct investment.

Discussions focused on the European policy of both countries. The Federal Council delegation took the opportunity to emphasise the importance of the bilateral path, and reported on the state of Switzerland’s relations with the European Union (EU). The United Kingdom’s withdrawal from the EU (Brexit) was also addressed. The fact that, in addition to Zurich and Geneva, London will probably also be a financial centre outside of the EU underlines the importance of functioning financial regulations. It is in the interests of Europe as a whole that the financial centres of the EU and Switzerland cooperate well, said Mr Maurer.

The two sides also discussed common challenges associated with migration. Switzerland and the Netherlands agree on the need for a pan-European approach. Switzerland’s new asylum procedure, which will be rolled out across the country from March, is based on the Dutch model.